As of 1st January 2020, Croatia is holding the Presidency of the Council of the European Union for the first time since its accession to the EU in 2013.
It will be the last of a Trio Presidency, composed of Romania, Finland and Croatia.
Under the motto “A strong Europe in a world of challenges”, the Croatian presidency programme focuses on four main areas:

The Croatian Presidency will encourage policies which strengthen infrastructural connectivity of the Union and bring together its citizens, primarily through sports, education, and culture.

One of its main priorities will be using sports to connect people of all generations, strengthening informal skills, especially of young people, and promoting a healthy lifestyle.

The country is part of a trio Presidency – along with Romania (1 January – 30 June 2019) and Finland (July-December 2019) – which will work together over an 18-month period, on the basis of a common programme.

On 1 July 2013, Croatia became the twenty-eighth member of the European Union. 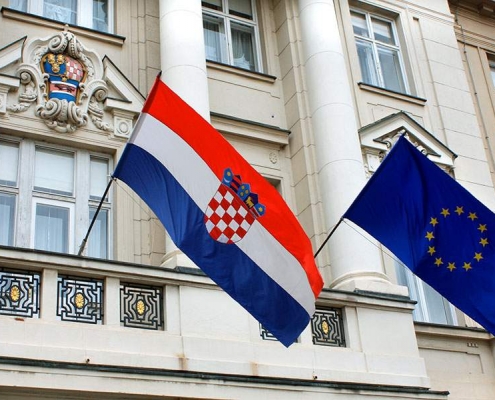 Get Connected Fair
Scroll to top
We use cookies on our website to give you the most relevant experience by remembering your preferences and repeat visits. By clicking “Accept All”, you consent to the use of ALL the cookies. However, you may visit "Cookie Settings" to provide a controlled consent.
Cookie SettingsAccept AllReject AllRead More
Manage consent