During this second edition, the European Parliament would like to work together to further develop some of these ideas and turn them into fully-fledged project proposals.
All the project proposals will be collected into a report of the event and the most concrete and realistic project ideas resulting from the event may be implemented by the Youth Outreach Unit.

What
The event will be held at the European Parliament in Brussels, Belgium.
The programme of the event is currently under preparation and will be finalised in February.

The draft outline is as follows:
– 16 March – arrivals in the morning. Afternoon – visit of the Parliament Hemicycle and presentation on how the Parliament works. Networking drink in the evening;
– 17 March – working groups 09.00 to 18.00;
– 18 March – departure.

The language of the event is English.

Who can participate
The European Parliament will select 40 young people representing youth organisations from all EU Member States.
Selected participants’ accommodation and travel will be arranged and covered by the organisers.
Lunch will be provided on 17 March, as well as a networking drink (most probably on the evening of 16 March).

Nota bene: The European Parliament will only select staff (paid or volunteers) of youth organisations, not  NGOs that happen to have some projects aimed at youth for instance, nor other civil society organisations, schools etc. 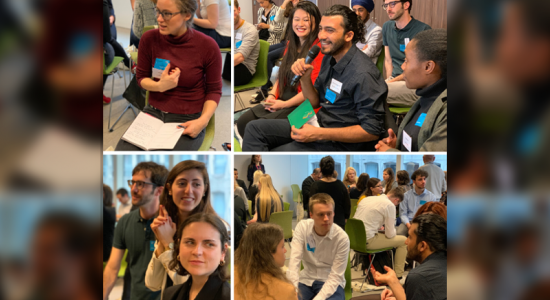 Eurodesk turns 30: a year of celebrations
Scroll to top
We use cookies on our website to give you the most relevant experience by remembering your preferences and repeat visits. By clicking “Accept All”, you consent to the use of ALL the cookies. However, you may visit "Cookie Settings" to provide a controlled consent.
Cookie SettingsAccept AllReject AllRead More
Manage consent